First of all I would like to wish all of you a Happy New Year with high hopes that 2022 will be a year of success.

2021 started well with a return of Model Rail Exhibitions that occurred in the ACT and Victoria which I was fortunate enough to attend. Certainly great to have them back after a year of model rail exhibitions being absent due to COVID. However, second part of the year 2021 not so great but a little bit of railway modelling done at least during that lockdown period. 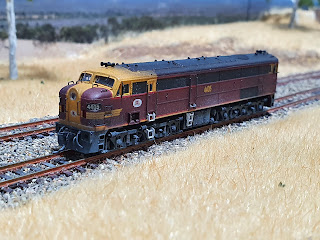 First Success story of 2021 was the construction of a simple NSWGR N Scale Layout based on Jindalee. My original intentions for this particular layout is that it was more to be set up as a DC powered home layout to run my NSWGR/SRA N Scale Locomotives and rolling stock on. This layout took 5 weeks for me to complete it.

Jindalee managed to get squeezed in as an exhibit at the Dimond Creek Model Rail Exhibition with only a weeks notice. Even though it was not intended to be an Exhibition Layout, it did attract a lot of interest from those wishing to either get into N Scale Railway modelling as well as those who wanted to get into this hobby but have space restrictions at home. You do not have to build a layout that is large in size large to enjoy it.

I have to say, that Jindalee has been set up in my allocated train room at home since its return trip from the Diamond Creek Exhibition and since been in regular use.

42 Class heading a passenger service through Jindalee. Simple N Scale layout which has been running heap of traffic during 2021.

Second success story comes with my Model Rail Clubs HO Layout of Wingello with its second public event at the Kalleen Model Rail Exhibition in Canberra. Wingello was awarded the most Popular Layout. Myself and the club members that have been involved with the construction of the Wingello Layout were very humbled in receiving this Trophy. Again, I would like to say a many thanks for those who voted for Wingello for this award. 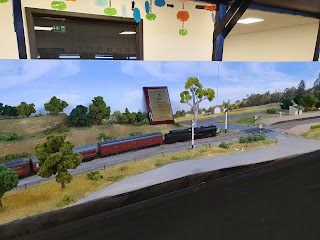 Wingello at the Kalleen Exhibition.

First 3D Print and Resin casting success was with the NSWGR Precast Platforms. It ended up being a nice easy to construct as a kit and brings in the benefit for those that are new to the hobby not only to construct the model, but to paint and get their weathering skills developed.

With the acquiring of a 3D resin printer last year allowed me to get some prints done which I casted and created a few kits with. 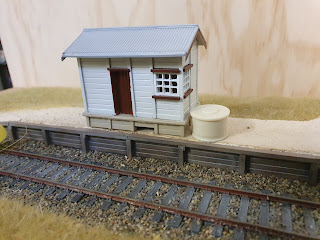 One of my first In house 3D print to casted models success stories.

Muttama The Project That Should Have Been Completed

A lot progress did get carried out on Muttama over 2021, but I met my railway modelling match with the stock yard ramps. As simple as they look, I found them to be a rather challenging build. This took most of my time to build and in fact hinder the great progress I was making with Muttama. However, there some great learnings from this task which I will look at other alternative methods in building stock yards and stock ramps. More of this in one of my upcoming blogs.

So to wrap up 2021 achievements, on the exhibition front, more that what I expected. One layout project completed one not completed, but should be hopefully completed in early 2022.

Reflecting back to my 2021 Expectations I set on myself last year, that I did not get around to starting my N Scale Victorian Layout and added to my Tumbarumba lineside structures, which will be a longer term project. Now to talk about what I'm planning for 2022.

First of all, this blog is mainly focused updating my work efforts on my model railway efforts, but sometimes I will need to raise some points on what is happing to my personal life that could be impacting my hobby. Something significant happening on the personal front which has been absorbing most of my time at this moment. This may have an impact on how much time I can actually commit to this hobby. I will be revealing more of this in a future blog as I think now is not the right time to announce what is going on. All I will say on that point is that I am OK.

Therefore, my railway modelling plans for 2022 are mostly in the air and have no solid plans on what to do in 2022. But here is what my intentions are.

Get Muttama completed which will include weathering of the locomotives and rolling stock.

Exhibit Narellan and hopefully Muttama at upcoming Model Rail Exhibitions and other events.

Build a Diorama Type layout to be based in the allocated train room for running and testing of my HO locomotives that are DCC fitted.

Get some focus in getting the collection of kits constructed, painted, weathered and put into production.

Hopefully a whole lot more added beyond the above list, but keeping this list of expectations low for now. 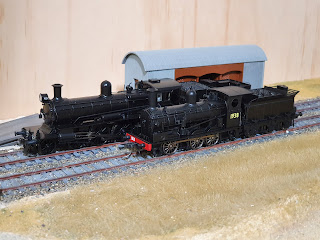 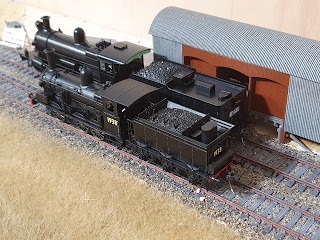 Some Preorders that have recently arrived. Casula Hobbies 19 class and the Phoenix Reproductions/SDS Models VR D3. Both are sensational models. Could I be hinting a potential project that the D3 will be part of?

Frequency of My Updates

Looks like I may struggle to keep up with a monthly updates to this blog page and it is not by choice. However, when the opportunity presents itself, I will try and keep updating this Blog page as regular as I possibly can.