Unfortunately not much got done as much as what I anticipated to do for the month of July for the following reason.

Farewell to My Father Neville Beyer
On Saturday afternoon on the 11-Jul-20, my father (Neville Beyer) sadly lost his battle with Cancer. Over the last 2 weeks before his passing, his health deteriorated at a rapid pace which meant the remaining time that I did have spare was spent with him. My father was diagnose with cancer last year. He was determine to try and beat it, but unfortunately, he had a rare type of cancer that just could not be defeated. However in saying this, he did exceed the life expectations that was set for him from the Doctors by 6 months. I suspect that this was helped by my Mother and Sister through their care of my father during this period of time.

My father have lived an eventful and interesting life, with his prime interest being involved in Motor Sport. For a period of time in his life he raced an Austin Lancer and raced in events along side the Late Great Peter Brock in his early days. He was involved in the development of Oran Park Raceway and was involved in all but 2 main events from the time that circuit opened back in 1962 and its last event when the circuit closed to make way of suburban development in 2010, where over this time period he held various Race Official Roles. During his retirement, he went on a mission in getting the history of Oran Park Raceway documented which resulted him in writing a book called the "The Quickest Way Round is on the Bitumen", which was released last year. Certainly a book that fully covers how one of the well known Motor Racing Circuits in Sydney become into its existence until its eventual demise. His efforts have certainly secured the history of this race circuit, but also the stories of those who were involved with Oran Park with several of these individuals that contributed to his book passing away before the book was released.

My father was the one who got me interested in Trains early in my life, where he would take me to some local vantage points such as Engadine, Heathcote and Waterfall to see some of the steam locomotives such as 5910, 3801 and the Flying Scotsman just to mention a few passing through. Furthermore, he was able to get tickets through his work for trips on the Flying Scotsman and 3801.

Missing you badly Dad, hopefully you are in a better place now.

What Did Get Done on Muttama
Carrying on for the last blog, I did have the ballasting ready to be glued onto the layout. I managed to get that set in place successfully with no issues at all. I used chucks Murulan Ballast. 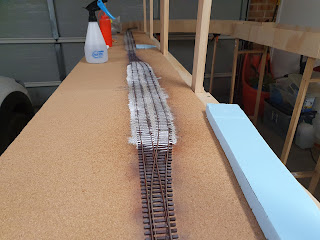 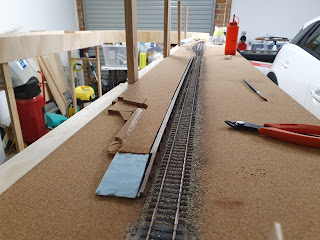 Ballasting of the track work being carried out

Shapeways 3D Prints Finally Arrived
The 3D Printouts for Muttama have been received and have various results of the outcomes. What worked out well was the 3D Printout of the Good Shed and its components and all of the Chimneys for the Station Building and Gate Keepers Cottage. 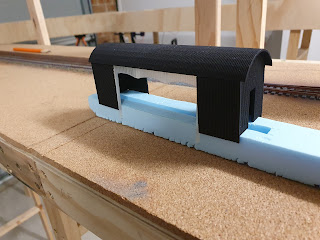 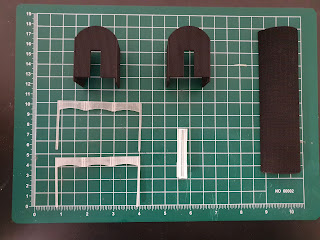 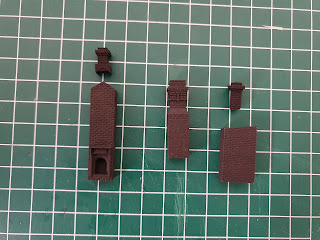 Chimney and Fire place on the right is for the station Building, the Center Chimney and the end Chimney is for the Gate Keepers Cottage

Unfortunately, the station building waiting room entrance Curtain did not work out to my expectation and I missed out on getting the windows for the station building which I somehow missed out on my Order with Shapeways. It was a bit of a disappointment but something I can correct and order again. Though the silver lining here is that I can still work on getting the Goods Shed and the Gatekeepers Cottage completed whilst waiting on the remaining outstanding 3D Printed parts to be delivered for the Station Building.

Getting Back Into a New Normality
August is going to be a month that I anticipate to get into my model railway activities back on track with the hope that I can show some more rapid progress with Muttama with the aim of having this project completed by year end. One thing I can vouch for is that this hobby has been a stress reliever in the past and I know it will help relieve some of the pain of loosing a parent.

Just in a the few days into August, I have already managed to make some massive progress in the landscaping of Muttama. Perhaps I may get at least  one of the line side structures completed. 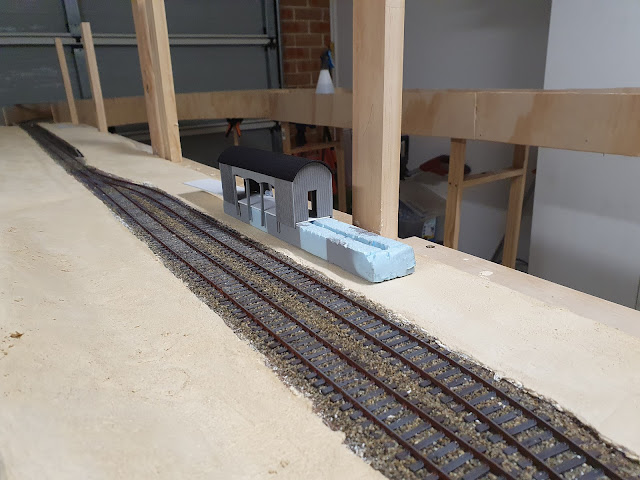