To follow on from my last post, here are some more progress notes and pictures in regards to the kit bashing of the Rail Central Pc2 kit to make it prototypical to Tumbarumba Station building. 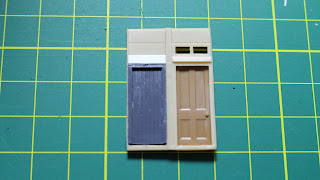 The extended part of the front wall was extracted from the second Pc2 Rail Central Kit. The left panel was cut out to make up a provision for a door. This was done by the use of a pinvise drill and a hobby knife. Detailing of the door was done with a Strip of Styrene and a slightly modified Grandt Line 30" x 66" Planked Door (Reference Number 5293). Door needed to be shortened slightly and the door frame trimmed to allow it to fit into the cut out. No modifications where needed on the right panel and the door that is supplied with the kit. 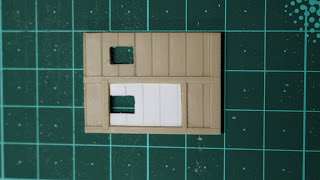 The extended part for the back wall I made a concrete panel with a window provision which was made out of Styrene. This was placed into the existing window opening on the left panel. I used a scribe to place in the lines for the 15" concrete panel on the styrene. As for the right Panel, I made use again of the pinvise drill and hobby knife to make the window provision. 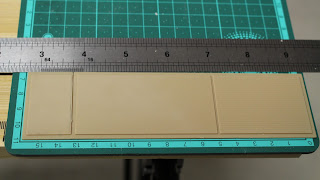 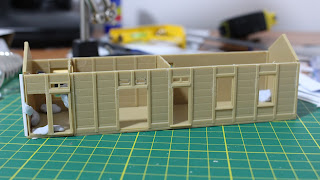 For a test build, I made use of Blu Tack to hold the model together to ensure that all components lined up correctly before any gluing took place.
Also I ended up removing the top row of narrow panels on the front and back walls of the kit. I will replace them with a strip of Styrene later on. The Corbels where removed also with a careful use of a hobby knife and a hobby file as I decided to manufacture my own. 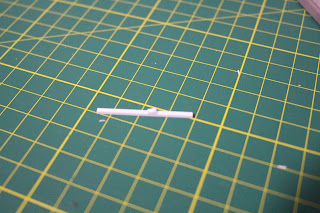 Here is a test build of a Corbel attached to a strip of Styrene. The result looked very promising. I have again made use of the Greg Edwards Station Buildings Standard Design Plans B27 for the size and profile dimensions to assist in the manufacture of the Corbels. 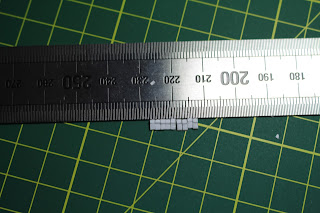 It took the manufacturing of around 20 corbels until I got the seven of the best that was needed for this model. I glued them onto the building and then cleaned them up with a hobby file. I found that it was easier to cleanup the Corbels once attached to the model. I believe that there is a better way to manufacture the Corbels which I intend to try out when I do my Kit Bash on the Pc1 Rail Central Kit of Glenroy at a later date. 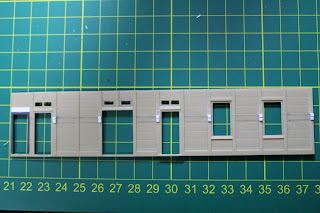 The front wall completed with the Corbels attached. The Corbels are looking neater than the previous picture after doing a little bit of cleaning work to them.

Part 3 will focus on the roof modifications for this project.