Here is a bit of belated bog post for the Octobers Update which I decided to included some of the activity for November. This has been mainly due to lifting of the COVID restrictions in the state of NSW catching up on those things outside of this hobby that has been keeping me busy of late. But I did get some railway modelling done.

I have managed to make a little more progress on the Stock Yard Ramps with almost all 3 Ramps being completed. My progress was hindered due that I did not have any supply of a particular type of styrene strip which has been sold out at most places. However, at the end of October, I was able to get the required styrene strips that were needed to hopefully complete this task before the end of this month.

On the Positive, it seems that the difficult parts of the Stock Yard Ramps has been completed and just the minor detailing parts left to complete.

This 3D Project I would not have attempted to draw up and put the print via Shapeways, but now that I have my own 3D Resin Printer, I can print anything on demand for a small cost. 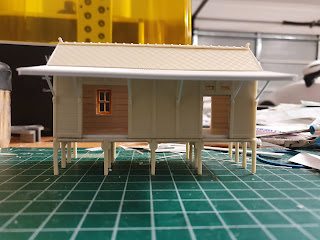 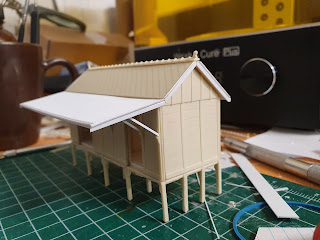 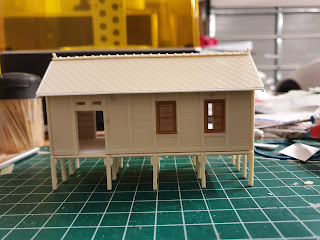 Some time ago, I stumbled across the plans for a 15 Inch Panel Ac2 Precast Concrete Building that was for Warrell Creek and Colombatti. However, Colombatti never got its Ac2 building. I though this will be a good 3D Printing Project to work on see the results of how a larger and more complex structure would work out via the Anycubic Resin 3D Printer.

The drawing took me over 2 weeks to produce, the challenge was mostly with drawing up the roof and the Finials. but the rest of it was simple.

Printing it was not much of an issue, but once the print was done, despite the wash and curing process the 3D Printouts after a while did curl up. I was able to straighten up again by pouring hot water, but eventually it does curl up again. Hence, one of the main reasons that I do not build these up straight from the 3D printer. There is probably a solution to solve this, but at this stage of the game, I'm still consider myself a novice when it comes to consumer Resin 3D printers. However, I can at least workout if the model is worth casting up or not. In this case, I determine it was a goer for sure.

Certainly, some learning experiences have presented themselves from this build, but will certainly be carried over in my next project.

I utilised the 3D Drawings from the Ac2 Building to extract the gable, corbels, Fibro Cement Tile Roof, Roof capping and Finial. I decided to test out this kit to model Hazelgrove Pc1 Building that was once based on the Oberon Branch line as it did not need much modification. In the end, I decided to super detail the Kit to try and present a convincing model of the real thing. Here are the pictures that leads up to the end results. 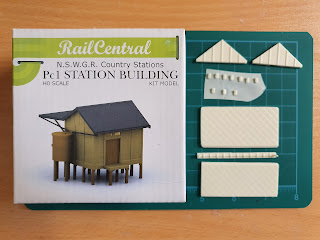 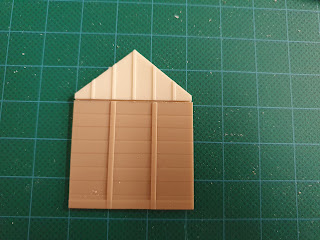 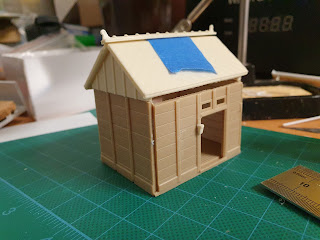 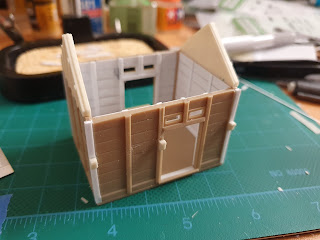 Internal detailing done with the corner post replaces with my scratch built modified styrene corner posts to replicate the slotted ones that were on the 15 Inch Panel Pc Buildings. 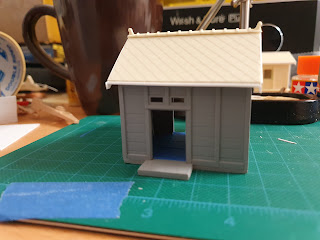 Most of the finer detailing completed with the model getting ready to be painted up. 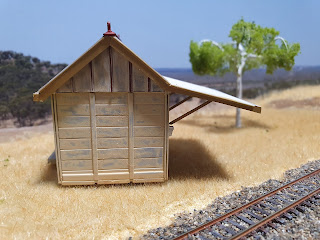 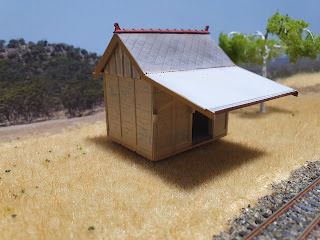 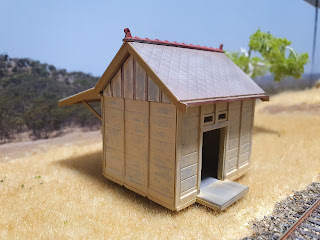 Something To Look Forward Too

After almost 4 months unable to visit a Hobby Shop, one of the first trips I took was to Casula Hobbies to top up on railway modelling supplies, where Joe was very enthusiastic to demonstrate his factory sampled 19 Class Locomotive. The factory sample with DCC equipped sound was impressive and Im certainly looking forward for mine to arrive. Well, I think a 19 Class Baldwin Tender working parallel my Pc1 with the conversion kit would make for a very nice combination. 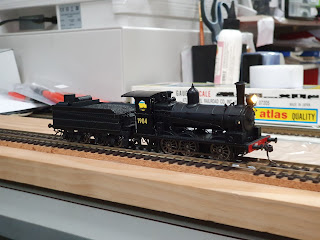