Last Weekend saw the first Model Rail Exhibition within NSW/ACT Since the COVID Restrictions forced the cancellations for the 2020 Exhibition Schedule. For me it was the second event to support the showing of my Model Rail Club HO Scale Layout of Wingello. Further on in this Blog, I have another announcement I would like to share. 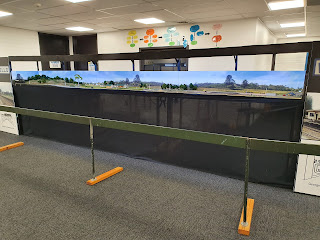 For me personally, this has been the first time that I have attended this exhibition and I have to say I was very impressed with this event. Furthermore, there were a lot of high standard layouts at this event which was great for the return of the first of the model rail exhibitions within NSW/ACT. This was also the first event within NSW/ACT with a COVID safe plan which seem to have functioned well. Well done Canberra Model Railway Club Inc for putting on a great show. 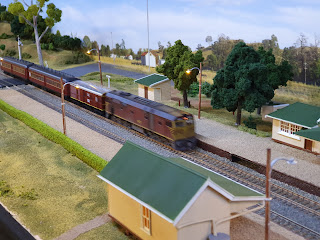 Wingello with 44232 with the return Passenger Service From Canberra. I recently weathered this Austrains 442 for this event. 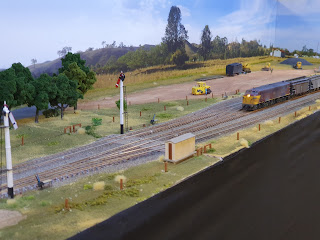 44 Class approaching Wingello Station on the Down Line. 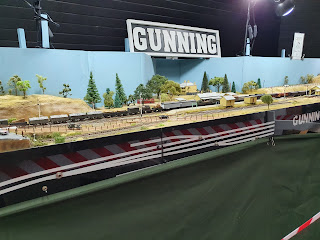 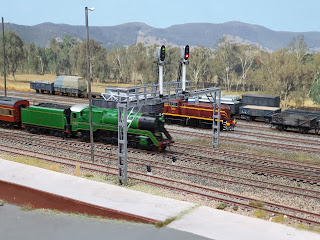 Wingello Voted the Most Popular Layout

One of the main highlights four myself and my other Club Members is Wingello receiving the Most Popular Layout Trophy. This Trophy is awarded to the Layout which receives the most votes by the public. I would like to Thank those for taking the effort in putting in a vote for one, but also voting for Wingello. We are not out to try and win awards, but we are there for the fun of it and to promote the hobby. But any model rail layout project does take a lot of effort to construct and these awards give us a positive feeling that this project was worth the effort, especially being a smaller club compared to the others. 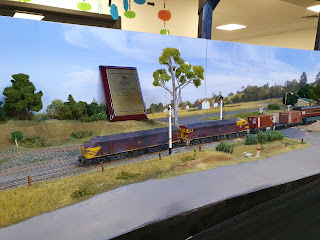 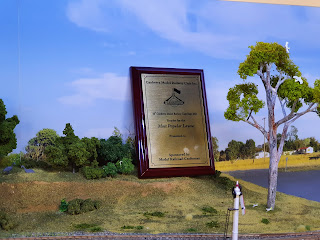 Most Popular Layout Trophy awarded to Wingello. Another trophy to pin up to the Clubs Trophy Board.

The other two Trophies which are decided by the Judges were awarded too:

Happy to be stand corrected if the naming of these awards or awarded layouts are incorrect as I'm relying on my memory bank here.

I was going to do full blog on this Layout Project Build within a couple of weeks time on the build of this N Scale Layout, but a positive circumstances that came forward and the transportation arrangements means this Layout is going to be on Public Display at the Easter Train Expo at Diamond Creek this coming weekend. Details of this event can be found in my last blog.

This N Scale DC powered Layout has been more of a build aimed at running my NSWGR N Scale locomotives and rolling stock in my allocated train room with the aim of keeping a simple scenery approach and a build that would take little time to complete. As it has happen, the construction of this layout has taken 5 weeks to get it to its current form. Still a few items left to get it to the scenery fully completed. Im just waiting on some more scenery to come in.

I have been asked to bring down this layout to the Diamond Creek Exhibition this weekend and I will be traveling down with Rob P and other Support Crew Members for the running of his N Scale Layouts of Gunning and Gunbower.

The name of my N Scale Layout is Jindalee, which is based on the area of Jindalee (which is located near Cootamundra, NSW), but as this was more intended to be a layout to run at home, It was not really intended to be an exhibition layout, but its up to Exhibition standards.

Hopefully, exhibiting Jindalee will show those who want to get into hobby of Model Rail that you can build a small but effective layout within a short period of time. More on Jindalee in my next blog. 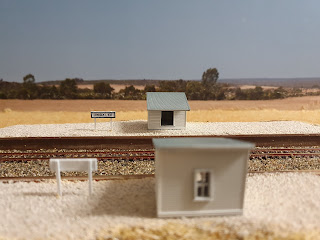