I would like to firstly wish everyone a Happy New Year and hope that 2021 starts to deliver better times ahead.

To get the disappointing stuff out of the way first, COVID19 had impacted us all in one way or another and as far as most Model Rail Events such as Exhibitions and Conventions, the vast majority were cancelled as part of the overall Government directives to suppress the spread of COVID. 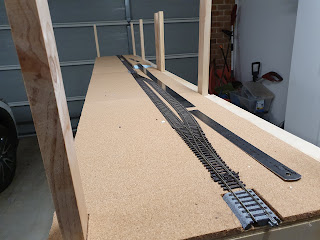 Early Stages of the my COVID19 Project Muttama
2020 In Summary
In early 2020, I have received expressions of interest and had discussions with the various Model Rail Exhibition Coordinators which was to result Narellan to be exhibited at upcoming events that were scheduled throughout the year. I was fortunate enough to get Narellan's first Public showing at Forestville hosted by the North Shore Railway Modellers Association Inc back in March of last year. I would like to thank them again for giving me the opportunity to exhibit Narellan. I have to say looking back it was great to have exhibited Narellan at the Forestville Exhibition as it was only within a week or two from that event the COVID restrictions started to be enforced which has resulted the cancellation of every other planned Model Rail event for 2020, well in the case of the state of NSW. 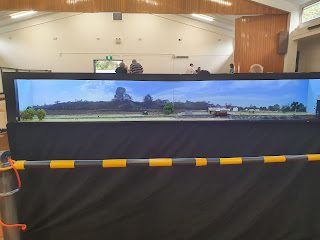 Narellan at the 2020 Forestville Exhibition

My Model Rail Club layout also had a few exhibitions scheduled for club layouts to be exhibited in 2020 that was also impacted by the COVID restrictions.

This resulted me in having a revised Plan for 2020 where I decided to start on a new Project which is a HO Scale Layout of Muttama. I started this project back in April 2020. I decided to do Muttama with the view that the down time and the potential lockdowns restricting movement caused by COVID that it would be practical timing to build another exhibition Layout. For the first couple of months into the Muttama Project I was making great progress until June when my Father's battle with Cancer started to take the turn for the worst which took a hit on the progress. Sadly, My Father lost his battle with Cancer in July 2020 and it was not until November 2020 I was able to gradually get back into the routine in Railway modelling which Im glad to say that progress is stating to get back to the pace to where I was when I started this project.

If there is any silver lining, I did get my model rail supplies for Muttama before most of the materials got sold out as there were many people globally who opted for building model rail projects as their lockdown stay at home activity. Good to the fact my progress was not hindered by the lack or waiting on materials during this time and good to the fact that hobbies like Railway Modelling started to become a popular again as a result in these unprecedented times.

Locally, from what I have heard from my other Model Rail connections, there are a couple of interesting layouts intended for exhibitions under constructions which is again is going to be good thing to look forward to when the Model Rail exhibitions start up again, whenever that will be.

Plans For 2021
Reflecting back on the previous plans for the year, not all plans get achieved and some instances other projects that are not on the plan get carried out in place. So I will make the following my plan of intention.
Narellan
Get Narellan and locomotive and rolling stock ready for potential 2021 exhibitions. Also make continual enhancements to Narellan where appropriate. 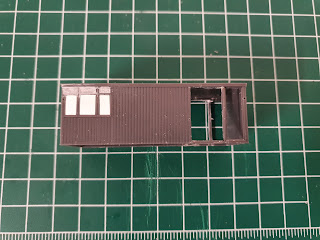 Muttama
To complete Muttama and prepare all locomotives and rolling stock to be ready to exhibited by the 3rd Quarter of 2021 (provided Exhibitions commence again). Muttama will be a different layout to Narellan but hopefully will be one that will be appealing to look at. 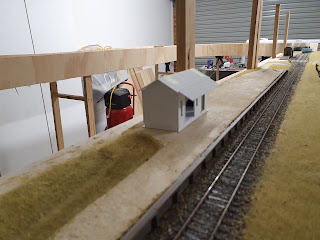 Tumbarumba
Not that I have abandoned Tumbarumba, but I have no plans to do much to Tumbarumba in 2021. Over the last year I did manage to draw up and 3D Print the Station Sign for Glenroy Station. This is not to say that nothing is going to be done to Tumbarumba, but I may get some line side structures build up so they can just be plonked onto the layout gets constructed at a later time. Basically, there are some other smaller model rail projects I intend to complete first. 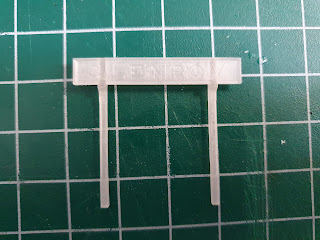 3D Printed Sign for Glenroy Station
N Scale Projects
I still intend to do a small Victorian N Scale Layout of Boolarra which I have done most of the 3D Printouts for the line side items. Hopefully time will permit me to do this layout project in 2021.
Other Projects
Plans can vary which may mean they don't happen or they get done or other unannounced projects get carried out instead. This may vary due to circumstances that allow me to do more projects or prevent me from doing doing what I have planned.
Blog Posts Frequency Expectations
As per usual I will keep posting up a blog at least once a month.

Well 2021 is off to a good start which will be reflected in my next Blog post. 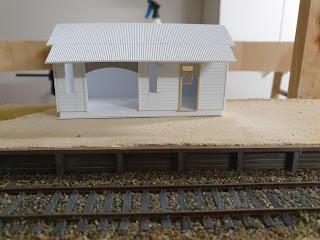 A picture of the current progress on Muttama Station Building